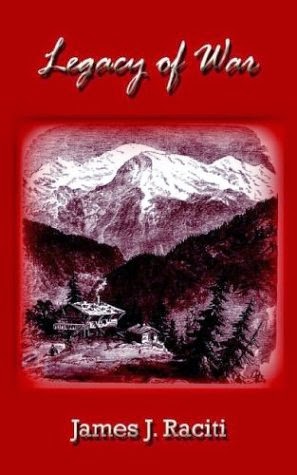 Legacy of War is about people whose lives were touched, often seriously affected and sometimes destroyed by the Spanish Civil War and the Second World War in France. This novel is about Michael O'Donnell, a college student from NYU who decides to study in France for all the wrong reasons-to be with a girl, to get away from his domineering Irish-American family, and because he had nothing better to do. He settles in the university town of Grenoble and begins to learn about the role the patriots of Vercors Mountains played during the Second World War. He meets two young women, very different in upbringing, education and financial means. Odile is the daughter of a wealthy French educator; Maite is the daughter of a Spanish republican intellectual who escaped Franco's invasion of Barcelona. Michael surprises himself with a genuine desire to learn about the French concentration camps which housed the Spanish refugees, first to please the dark-eyed Maite but soon for his own purposes. Odile's father, Paul Belmont, hires Michael to teach at his private college in the mountains. It is here that Michael begins to understand how so many lives were ruined by the terrible legacy of wars. It is here that Michael learns a dark secret that almost cost him his life.