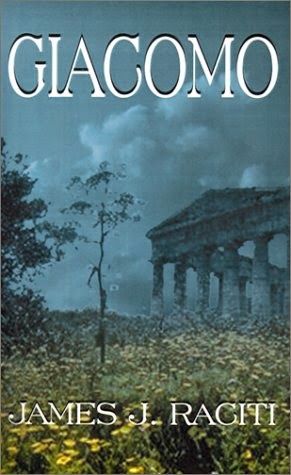 Giacomo takes place in immigrant Philadelphia in 1883. The streets are teeming with Irish and southern Europeans. They bring their hopes and talents to this new country while retaining their customs from across the sea. More than 70,000 horses foul the city streets. Flies swarm over manure and garbage. The Delaware River is polluted with dead animals and human waste. Giacomo has found work in a factory, earning just two dollars for eighteen hours of work. Not only did the immigrants from Italy bring with them the music and the delicious foods but also the propensity for the crime families of La Cosa Nostra to establish themselves in the crowded conditions of the cities, sucking the lives out of the poor and disenfranchised. The Catholic Church gathered them in but could not protect them from this dangerous environment. Giacomo, a handsome man with the voice of an angel but speaking no English was brought in by the church to sing at mass. During the week, his work had him wielding a heavy hammer in barrel making … until he accidentally learned he could earn good money as a prizefighter...